The University of Khartoum (U of K) is one of the oldest universities in Africa. The roots go back to 1898 when Lord Kitchener of Khartoum proposed founding a college in memory of General Gordon. Funds for the proposed college were raised by private subscription, and the plans for the building were drawn by the Khedive’s architect, Fabricus Pasha.
The new college, named the Gordon Memorial College, was officially opened in 1902, although it was not until 1903 that the buildings were completed and the first batch of primary level students were admitted. The College however, was never intended to be solely a primary school. A secondary stratum was added in 1905 for the purpose of training assistant engineers and land surveyors, and in 1906 a four year course for the training of primary school teachers was established.
In 1905 Sir Henry Wellcome donated a fully equipped laboratory for bacteriological analysis, thus began the fruitful association between Khartoum and the Welcome Research Laboratories. In 1924, the College developed into a vocational secondary school concentrating on teaching the following disciplines: Sharia, Engineering, Teachers’ Training, Clerical Work, Accounting and Science. In the same year Kitchener School of Medicine was established. The year 1936 witnessed the beginning of higher education in the Sudan with the establishment of the School of Law. By 1940 the College included schools of Agriculture, Arts, Law, Science, Engineering and Veterinary Science. Each School was attached to the government department in which the graduates would be expected to work.
In January 1945, all these schools were brought under one administration in a special arrangement with the University of London. The College was upgraded in 1951 to become Khartoum University College. In the same year Kitchener School of Medicine was incorporated in the University College. The University of London set the examinations and awarded the degrees. The outstanding students were awarded bachelor degrees from the University of London and the rest obtained the College diplomas. The present University of Khartoum is the result of the natural transformation of the University College of Khartoum when the country became independent in 1956. The bill giving full University status to the College was passed by Parliament on 24th July 1956, since then, the University witnessed considerable expansion.

The Development Studies and Research Institute (DSRI) was established in 1976 as specialized institute in development studies and research.Since its establishment, the DSRI has cooperated with a number of international institutions such as UNICEF, The University of Bonn, the Ford Foundation and The institute of social studies (ISS),The Hague, the last two being the largest and most important links of cooperation. In 1979 the DSRI/ISS program of cooperation started with a three year program of teaching and research in regional development planning. This program was extended for three more years starting in 1982 with emphasis on regional research and planning as well as on institutionalization of the programs. The DSRI gives special importance and encourages the co-operation of other similar national and international organizations, plus learning institutions working in the field of development studies and research.

The Department of Sociology and Anthropology is part of the Faculty of Economics and Social Studies. Since 1950 there is research and teaching in sociology and anthropology at the University of Khartoum. Well known scientists such as Frederik Barth, Evans-Pritchard, Talal Asad, Ian Cunnison, Wendy James, James Faris, P. Rehfisch, Lewis Hill, Dyson-Hudson, Peter Harris-Jones, Ahmed Al-Shahi, Nizam ul-Din Ahmed, Gunnar Haaland, Sondra Hale, Caroline Lobban, J. O’Brien, Ellen Gruenbum and many others taugth and conducted research at this department. The Department of Anthropology and Sociology has a long tradition of anthropological Field studies in and outside the Sudan. The Department conducts research and provides consulting, ecspecially in the areas of rural development and nomadic pastoralism. The Department now offers three postgraduate programs: a degree in applied sociology and in social work and a master’s in social work.

The Berlin members of SUNARPA started the public lecture series "development policy: water conflicts and water cooperations" at the TU Berlin. The programe is in German language  and runs from 24th October 2013 - 6th February 2014. The lecture series is part of the SUNARPA research project  "Water Conflicts and Best Management Practices in Pastoralist Areas in the Sahel".

SUNARPA member Christian Arndt presented the research project "Water Conflicts and Best Management Practices in Pastoralist Areas in the Sahel" on 29th October 2013 at the joint launch event of the public lecture series "development policy" and "energy in development" at the Technical University Berlin. 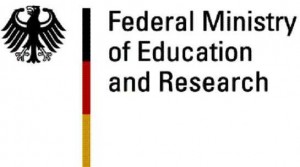